About E.H.Hunter, Chairman Tanisho, our staff Kusuda, and Yamamoto talk at the mansion where our founder E.H.Hunter spent his last years (currently the wedding hall "Kobe Kitano Hunter Geihinkan").

Chairman Tanisho, you have alluded to Hunter's challenger spirit in the past. What made you want to discuss Hunter anew, at length, now?

Hitachi Zosen was founded as Osaka Iron Works in April 1881. We continued to operate E.H.Hunter's original shipbuilding business until 2002 . Meanwhile, we have taken advantage of our welding technology to expand into the manufacturing of bridges and pressure vessels, and ensured constant sales to date.

Hunter branched out into various businesses and gave advice on business to many friends. Before Osaka Iron Works, he set up E.H. Hunter & Co. (later Hanta Shokai) and a butchery operation. And afterward, with his eldest son, Ryutaro Hanta,he dealt in rice, bricks, tobacco, and non-life insurance.

Today,the Hitachi Zosen Group makes a large portion of its sales from technologies imported from the West between 1960 and 1970. A look at the bigger picture, however, says Japan has fallen behind China in both GDP and technical prowess. This suggests that the only way to survive moving forward is for the Hitachi Zosen Group to produce new technologies and products. It would be a grave mistake to think we could comfortably keep living off our current business.Without taking on challenges in consideration of risks in newbusiness, we have no future.

The Hitachi Zosen Group has advocated concepts like" we're all managers" and a" bottomup organization."

If we could add to this the challenger spirit,and break a sweat in the course of our daily work, it would make our job more rewarding. I am not suggesting we return to some bygone work style. I am asking that we be ready to take on new challenges. Each time I entioned Hunter before, I did so with the hope of taking a fresh look at our origin, recognizing his virtues and the lessons he has to offer,and using these as tomorrow's motivation. In 2021, we will celebrate the 140th anniversary of our founding. I organized this roundtable ahead of the milestone because I wanted to share Hunter's inspiring character anew with Hitachi Zosen Group management and employees.

Hunter experienced his fair share of failures, but he put the shipbuilding business on track and clinched success in the end. His contemporaries like Edward Charles Kirby*1and Thomas Blake Glover*2-a figure we Japanese know from history textbooks-did not do as well in business. Why was Hunter alone able to push through failure and achieve success?

First, let's compare the three figures. In a historical context, Glover was the earliest to arrive in Japan and is the best known today. Glover and Kirby were Scottish and roughly the same age, whereas Hunter was Irish and younger by about five years. As for financial backing, Glover was an agent of the originally Scottishfounded major trading house Jardine Matheson (earlier the East India Company), and received funding through the London financial market. He set up business in Nagasaki,and did well in dealings also with the neighboring Satsuma Domain and with feudal lords throughout Kyushu island likely owing to this backing from the major conglomerate. Kirby apparently received funding from the Hong Kong and Shanghai Banking Corporation (HSBC), established by Scots in Hong Kong and in which Jardine Matheson later acquired an equity stake.

Hunter was different in that he had no notable financial support. He first landed in Yokohama, where he met a Dutch businessman, started out as his assistant, and worked his way up.

I also see a difference in timing, or time period. All three figures were entrepreneurs of what we would now call
small and medium-sized businesses. Let's take foreign trading firms in Yokohama as an example. Average annual figures between 1865 and 1870 show a high entry rate of 18%, but an equally high closure rate of 13%. These were risky times, considering that both rates stand at about 4% in Japan today. Kirby's and Glover's time, although only slightly earlier than that of Hunter, came during the turmoil of the Bakumatsu period of transition from the Tokugawa shogunate to the Meiji Restoration. Hunter's time came after the new Meiji government was in place, and Japan's country risk was lower thanks to the completed political regime change. This, on top of good partners and good fortune, was certainly a factor in Hunter's business success. Kirby and Glover managed to take orders for large ships, but had trouble obtaining financing amid the confusion of the Bakumatsu–Restoration transition, and ultimately saw their business fail.

As an employee of E.C. Kirby & Co.,Hunter engaged in shipbuilding work and gained the confidence of seeing a project through to delivery. He took full advantage of this experience and led his own business to success.

The key factor in Hunter's success was his powerful challenger spirit. He demonstrated it by traveling alone to Japan,where he had no contacts, and singlehandedly launching his own business. Apart from this, I believe he had three recipes for success.

The first was good partners.
Hunter's greatest partner was his wife, Aiko Hirano. He married this Japanese national, had children, and raised a family. Aiko served as his liaison with the Japanese community, and their son Ryutaro grew up to be the proprietor of Osaka Iron Works as well as Hunter's business partner in various fields. Hunter's other significant partner was Seijuro Akizuki.Originally a samurai of the Kishu Domain, he joined E.C. Kirby & Co. in anticipation of the future to come. Akizuki was extremely determined. Although he was older than Hunter, the two shared similar aspirations. They clicked and became business partners. Akizuki seemed to have gone on detachment and handled activities outside the foreign settlement, where Hunter was not allowed to operate. Akizuki also served on the prefectural assembly and had a strong influence over economic and political circles. Poverty is a stranger to industry-he was a diligent worker who did not mind hardships, and played an enormous role by being a reliable partner to Hunter.

The second was the sheer trust that Hunter placed in the Japanese.
Hunter respected the Japanese people and their culture. The Japanese felt this, too, because many joined Hunter's funeral. As one newspaper at the time put it,"Local and foreign laymen, tradesmen, and women in attendance." Hunter's approach remains relevant to Hitachi Zosen today. That is, when working in a country abroad, we should pay respect to the culture of that country.

And the third was Hunter's ability to swim with the tide.
The Hitachi Zosen corporate history says business thrived on the Seinan War (aka the Satsuma Rebellion, in 1877), but this never tempted Hunter to slow down or stop making an effort. He foresaw Japan's future, used his newly acquired wealth to introduce new technologies and prepare for yet unknown demand, and seized every opportunity that came his way.

Hunter's success came as a result of these three recipes, his courage to take the plunge and try out the new, and his sense of speed-in short, "the chemical reactions" brought about by his challenger spirit.

Adviser Yamamoto said that Hunter swam with the tide. Perhaps this explains why Hunter's primary business was shipbuilding, and yet he named his company not Osaka Shipyard but Osaka Iron Works.

He must have been confident that iron would be a source of growth for Japan, as it was for Great Britain.

Hunter saved money from the Seinan War and launched Osaka Iron Works. However, as business declined, he sold the company. Then came the special demand during the First Sino-Japanese War (1894-95), and he bought the company back.

Hunter did not enjoy success all the time. Every business, every job entails tough times that test our survival skills. Whether or not we survive depends on how we hold up and push through the tough times, and how we usher in the next stage of growth.

The chairman of a local financial institution once told me this. In his business, when he hears that a company is" established" or" prestigious" because it has been around for over a century, he takes it as a synonym for bad debt. After all, it's highly likely that the company has continued to run the same business for a long time. However, he feels the need to finance a company if it has gone by the same name and yet taken on bold challenges in business.

We should take to heart an assessment like this, and make serious management decisions about what new business to survive on in the times ahead.

Hunter ran a rice mill. He continued to take on challenges in new business, never allowing himself to be satisfied with the success of Osaka Iron Works. Since the founder's generation, Hitachi Zosen has known by heart that change is essential. How inspiring.

During a spell of slow business, one Hitachi Zosen employee decided to return to his origin by visiting Hunter's grave. This turned out to be a stimulating visit, as it made him realize that Hunter attained great heights despite the handicap of being a foreigner. And it's true-just knowing that such a distinguished figure was the founder of Hitachi Zosen gives you a boost of courage. I have a favorite proverb, or rather a relatively new coinage, that reads,
"Study the past if you would create something new." Chairman Tanisho has explained why we are discussing Hunter now. I, too, hope that getting to know the history of Hunter and Hitachi Zosen will be a source of energy for creating the new.

Here is another anecdote. A different employee used to think she wasn't as willing to take on challenges as Hunter because Hunter was a foreigner who lived in the Meiji period. This employee then did some research and learned that the Japanese at the time also took on great challenges amid the Freedom and People's Rights Movement. This helped shatter her preconception that people of a certain nationality or era were at an advantage. She didn't need to look very far for an outstanding teacher.

After the Second World War, when Japan did not yet have diplomatic relations with China or the Soviet Union, Hitachi Zosen went to those countries and sold ships. Because there were no diplomatic relations, we couldn't rely on the government in the event a problem emerged. There were people right here at Hitachi Zosen who overcame hurdles to do their job. What a magnificent show of the challenger spirit. Getting to know the people and the history certainly gives you the strength to move forward. Hitachi Zosen has compiled several editions of our corporate history to date. I hope management and employees will be inspired to read the latest edition and take on a new challenge. 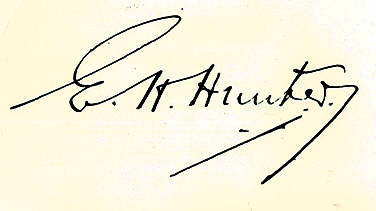